Is it a smart idea to invest in Romania Real Estate? At the first glance, Romania may not seem to like the most attractive destination to invest in, however, after closer inspection you may come to realize that there has never been a better time to invest in Real Estate in Romania than nowadays.

Politically speaking, Romania is a key member of the EU & NATO, which goes to show the emphasized pro-European mentality, which is the key to stability, the most important factor for any business. Since joining EU in 2007, Romania became a reliable and stable country both socially and politically.

Geographically, Romania is positioned in the northern region of the Balkan peninsula, at the crossroads of central and southeastern Europe. On the east, it stretches all the way to the Black Sea, which offers much untapped touristic potential. The hotspot of the Real Estate market is the capitol Bucharest, and the second major city – Cluj, which is located in the historic region of Transylvania.

The economic factors also look promising. With almost 20 million people, Romania is the seventh most populated country in the EU. It receives massive foreign direct investments which are steadily growing since 2011. There are several reasons why you should expect this trend to continue, besides the large consumer base. Middle class in Romania is rising, which is provided by the steady yearly GDP growth (3,5-4%) which also affects the increase of individual spending and consumption.  Additionally, crime in Romania has the lowest rates among all the EU countries, with exception of corruption and bribe, but there is a strong initiative from both EU and Romania itself to eradicate this.

The surge of foreign investments paired with the steadily growing economy of Romania is slowly creating a respectable Real Estate market. If you acquire property in Romania and just want to rent it, gross yearly income for residential real estate is somewhere between 5% -7%, while commercial yields are somewhere between 8-11%. This naturally depends on where the real estate you’ve decided to purchase is located. The best deal would probably be buying some real estate in the downtown of Bucharest, which is still quite affordable, and then renting it to the targeted customers such as students or expatriates.

There is one distinctive advantage if you decide to invest in residential real estate in Romania. The demand for newer, high standard, high quality post 1990’s buildings vastly exceeds the supply. This is due to existence of large amounts of communist era buildings and property. This presents an opportunity for the growth of residential property values, which for investors means a chance of gaining both higher yields as well as the global worth of the acquired real estate. Both the prices of property per square meter as well as the rent prices are on a steady rise.

The most untapped real estate investment segment in Romania is definitely tourism. Romania is an exotic touristic destination, mostly known for its fairy-tale like landscapes, Lord Dracula castle, and many natural beauties in the Transylvania region but also along its shoreline. This area, strangely enough, remains mostly unexploited, and is definitely something worth looking into. Depending on your funds, you may decide to invest in sports facilities, motels, restaurants or hotels. The touristic branches you should further look into before making your choice are most of all – nature and wildlife, beach related tourism, but also the currently largest growing one – rural tourism. 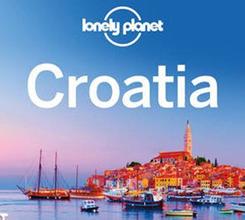